23rd January 2023
In this blog, Richard Smith writes that successfully communicating about climate change means finding a narrative that is understood, believed and trusted 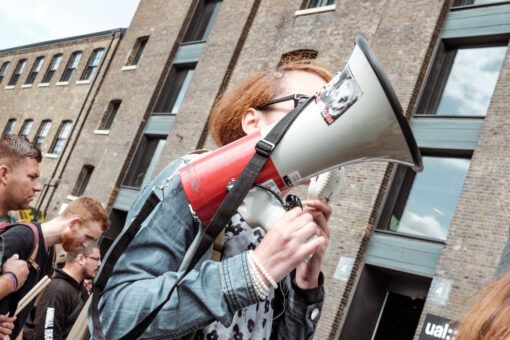 Climate Outreach, leaders in communicating about climate change, do not aim to proselytise, sell, or persuade, but rather fulfil people’s “right to know.” Just as people have a right to know what is wrong with them and what doctors propose as treatment, people have a right to know about what is happening to the planet. What they do with that information is their business, but, said George Marshall, founder of Climate Outreach, when talking to the UK Health Alliance on Climate Change, the aim of good communicating is to build a social mandate to make the changes necessary to counter climate change. In democracies it’s hard for politicians to act without such a mandate.

People not knowing about climate change—or being positively misinformed—leads people to act in ways that are against their long-term interests. Marshall cited the example of the Australian government being brought down by campaigns against a carbon tax.

Despite the international commitments, governments have been poor at communicating about climate change. Perhaps the subject has been low on the political agenda, perhaps they have been nervous about frightening people, or perhaps they think people “know” about the dangers of climate change. It’s true that most people in Britain know that climate change is harmful, but they are much less knowledgeable about the gravity and urgency of the problem, sources of the change, the range of impacts, what needs to be done, and what they can do.

Most governments have recognised the importance of communicating about the covid-19 pandemic, and a social mandate was built for rapid change that seemed almost impossible. The same needs to happen with climate change.

Messages must be designed to fit with the values and world view of those at whom they are aimed. Messages to people of faith might use messages from their scriptures, whereas very different messages will be needed for, for example, venture capitalists.

The message is important, but who delivers the message is probably more important. Messengers must be trusted and respected. An analysis of net-trust in different groups shows nurses and doctors to be the most trusted and journalists, economists, business people, and politicians as the least trusted; but, pointed out Marshall, it is the least trusted people who produce most of the messages on climate change.

Studies of what determines beliefs about climate change show that political allegiance and ideology are by far the most important. Gender has little influence, while education and age have more. People concerned about climate change are almost all politically on the left, and the movement to reduce the impact of climate change is, said Marshall, “fuelled by disdain for conservatives.” Disdain is a not for communication.

Climate change, he continued, must not be seen as simply an environmental issue. “We must break out of the environmental box.” It’s better to emphasise issues like health, security, the economy, food, community, property, family, heritage, landscape, jobs, fairness, and independence.

As a contribution to improving communication on climate change, Climate Outreach has conducted an analysis of views on climate change among 10,400 people in Britain. The analysis divides people into seven segments, including “progressive activist,” “backbone conservative,” and “disengaged battler.” The aim is to shape messages to fit with the particular segments, but analysis of the views on the need for change because of covid-19 showed that more than three-quarters of every group want change.

But more work is needed on what the messages should be. Marshall suggested emphasising the need for caring, the importance of clean air, the effects of floods, and mental health issues. He also advocated more original thinking—for example, underlining the harm to health from poorly ventilated, damp housing, and in this way joining the drive to renovate homes in Britain to reduce greenhouse gas emissions and improve health. He also said that we should prepare ourselves for when health and climate change rise high on the agenda—as will happen when we next get a major heat wave.

This article was first published in BMJ Opinion: https://blogs.bmj.com/bmj/2021/04/20/communicating-about-climate-change-think-audience-and-messenger/