Health professionals support legal challenges against the Cumbria coal mine

24th January 2023
Two organisations, Friends of the Earth and South Lakes Action on Climate Change are legally challenging the decision and we healthcare professionals stand by it. 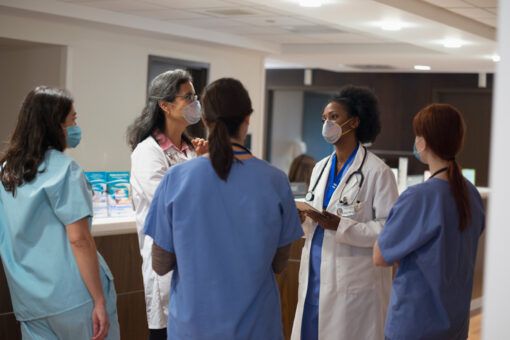 Last month when the decision was made by the UK government to open a new coal mine in Cumbria, we expressed our disappointment in what represents a major setback for health and the environment. Two organisations, Friends of the Earth and South Lakes Action on Climate Change are legally challenging the decision and we healthcare professionals stand by it. As highlighted previously, much of the coal that will be mined is for export (around 85%) and will be used for steelmaking. It is not going to provide relief from the cost of living crisis. We do not need new fossil fuel projects veiled under the banner of boosting the economy or creating local employment and upskilling the youth when green jobs can fulfil the same. In fact, recent reports suggest the oil & gas company ExxonMobil had accurately predicted, as far back as the 1970s, that fossil fuels would lead to climate change. In 2018, fossil fuels and industries accounted for 89% of global CO2 emissions. In the UK, CO2 emissions from fossil fuels decreased from 1990 to 2021 by 43.1%, primarily attributed to reduced coal consumption and increased use of gas. We do not need a new coal mine (the first one in 3 decades) and tread backwards in the climate mitigation path.

Coal mines are devastating to the health of miners and the communities near the coal fields. Each stage of coal mining and use has significant public health implications. The extraction and processing of coal add pollutants into the air and water, leading to respiratory illnesses, lung cancer, cardiovascular illnesses, and kidney diseases. Additionally, poor mental health and birth outcomes have been reported. Communities living close to such extraction mines are generally more deprived and have to disproportionately bear the brunt of the associated adverse effects which include poor quality of life, negative health and environmental outcomes. This widens the existing health inequalities. While the combustion of coal generates more pollutants (such as particulate matter (PM), nitrogen oxides, sulfur dioxides, and heavy metals) than any other fuel source, and is associated with substantially higher morbidity and mortality. Further, the development of the coal mine itself will destruct the surrounding ancient woodland.

The continued fossil fuel addiction and delay in the transition to cleaner, green energy is costing the UK 1.1% of its GDP currently and is projected to reach 3.3% in the next 27 years. Today we possess the technology and the ability to meet our energy demands using renewable energy at an affordable cost (possibly even cheaper than coal due to reduced external costs). All that is needed is the political will to direct further investments and resources into research, development and subsiding the renewable energy sector. For example, in the UK, renewable energy accounted for 43.1% of all energy used in 2020. But the UK has a surplus of wind energy and needs to be able to utilise it to its full potential. Instead, consumers are having to pay to shut off (that amounts to almost £1 billion over 5 years) the production of excess wind energy (due to various reasons such as high transmission cost and lack of storage) and also pay to use an alternative source of energy. If innovative methods that would help harness and utilise wind energy to its maximum potential, are implemented then that would be a solution to the cost of living (and climate) crises. The health co-benefits from improved environmental quality are significant and would further stimulate the economy.

A fossil fuel non-proliferation treaty is a possibility; if countries and governments commit. The latest assessment report by the UN suggests that the ozone layer that was degraded in the 1980s is on its way to complete recovery by 2040 (except the poles). This was possible because following the Montreal protocol in 1989, countries unitedly phased out ozone-depleting substances such as the chlorofluorocarbons that were used as solvents and refrigerants. The ozone layer loss is associated with exposure to harmful ultraviolet rays which can lead to malignant skin cancers. Thus, it is the need of the hour for governments to commit in a similar manner to eliminate fossil fuel use globally and reverse the harm done to our environment and populations worldwide.

This piece is written by our policy officer, Anandita Pattnaik.