23rd June 2022
The UK Health Alliance on Climate Change has written to the Department of Environment, Food and Rural Affairs (DEFRA) calling for more ambitious targets on air pollution. 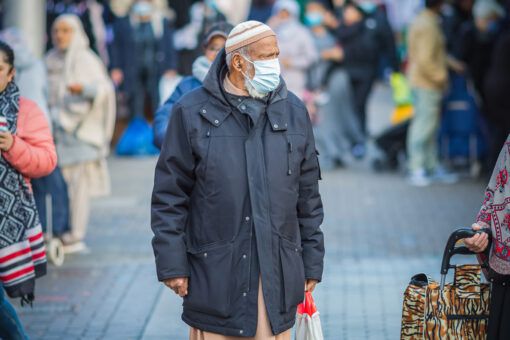 The UK Health Alliance on Climate Change has written to the Department of Environment, Food and Rural Affairs (DEFRA) calling for more ambitious targets on air pollution.

Providing examples of the harms of air pollution from across members of the alliance, including psychologists, obstetricians and gynaecologists, physicians, paediatricians, and psychiatrists, the call outlines the need for greater urgency in tackling air pollution.

There is no safe level of PM2.5 pollution. The proposed target of achieving 10 µg/m3 by 2040 would mean the UK limit would be double the WHO’s recommended guideline of 5 µg/m3 18 years from now. This target lacks ambition. Achieving a target of 10 µg/m3 by 2030 should be seen as the absolute minimum with a longer term aim of placing us on a trajectory of achieving the WHO’s recommended guideline of 5 µg/m3, which is based on several systematic reviews specifically designed to identify the lowest concentration of pollution that produces a measurable increase in short- and long-term health risks.

Health professionals see first-hand the impacts of air pollution on their patients. Our members have provided evidence of the impacts being experienced across multiple areas of healthcare.  The range of conditions linked to air pollution include anxiety, depression, suicide, dementia, cognitive abilities, miscarriage, low birth weight, stillbirth, asthma, poor lung function, and cardiovascular conditions. The affects are seen across all age groups from pre-term babies to the elderly.

Evidence from previous research indicates that the positive health benefits of achieving a target of 10 µg /m3 by 2030 include 20 fewer infant deaths, 388,000 fewer asthma symptom days in children, and 6,300 fewer respiratory and cardiovascular hospital admissions annually. In total, about 98,000 life years could be gained annually with people living longer, suffering less ill health, a reduced burden on the health service and fewer days lost to absenteeism in the workplace if we achieved 10 µg/m3 by 2030. CBI Economics has reported that improving air quality could bring an annual boost of £1.6 billion to the UK economy through 3 million additional working days and reduced rates of early retirement.

Our view is that a more ambitious, but achievable, target of 10 µg/m3 by 2030 would be more appropriate and would put England on a trajectory to improve health and build resilience against future health crises and pandemics as well as boosting the economy and increasing productivity.

“We’ve known about the health implications of poor air quality for years, but not enough has been done to tackle the problem and we are now in a situation where the health and livelihoods of tens of thousands of people in the UK are impacted year on year. Globally, millions die from air pollution annually. The government’s proposed target to reduce levels of PM2.5 to 10mcg/m3 by 2040 would mean that a child born today will still be breathing dirty air by the age of 20. And that is not good enough.”

Dr Edward Morris, President of the Royal College of Obstetricians and Gynaecologists, said:

“There is consistent evidence that exposure to particulate matter during pregnancy increases the risk of poor pregnancy outcomes including stillbirth, low birth weight and preterm birth, and the cardiovascular risks of air pollution exposure have also been found to impact maternal health outcomes.

“If the government is serious about addressing the UK’s persistent inequalities in pregnancy outcomes, there must be joined up working across departments where the effects of the wider social and environmental determinants of health are understood and acted upon.”

Professor Andrew Elder, President of the Royal College of Physicians of Edinburgh, said:

“Members and Fellows of the Royal College of Physicians of Edinburgh have significant experience of helping to counter the negative health impacts on patients of unacceptably high levels of air pollution, from respiratory problems to cardiovascular difficulties.

“The College is clear that targets to reduce all kinds of air pollution must be as genuinely ambitious as possible and are a public health priority. We are pleased to be working with colleagues in the UK Health Alliance on Climate Change to raise awareness of the links between air pollution and ill-health and to press the government to redouble its efforts to improve air quality and ensure the air we breathe does not continue to cause significant harm to human health.”

“There is no safe level of air pollution. Exposure to air pollutants during pregnancy and early childhood can have harmful and irreversible effects on the development of the lungs and other organs with the potential for respiratory and other health problems as an adult. We need stronger action now to protect both current and future generations of children and young people from irreversible harm.”

“Climate change is the biggest health threat facing humanity. Doctors are extremely worried about the public health impact of air pollution and are already seeing its impacts on the health of their patients, with it directly contributing to illnesses such as respiratory and cardiovascular disease. The Government must take action to reduce air pollution – the health and quality of life of the population depends on it.”

“Air pollution is one of the greatest environmental and public health issues of our time. The Government has a chance to turn the tide on air pollution by setting bolder environmental targets that could save countless lives. It must commit to reducing PM2.5 to 10μg m-3 by 2030. The nation’s health depends on it.”

“The air we breathe has an intimate and profound effect on our experience of health. Evidence increasingly points to the importance of making policy decisions that ensure good air quality in supporting good mental health for generations to come.”