Lack of focus on climate in leadership contest deeply concerning

22nd July 2022
The lack of meaningful discussion and engagement on health and climate – the two most pressing crises currently facing the UK, along with the rest of the world – in the conservative leadership contest is deeply concerning. 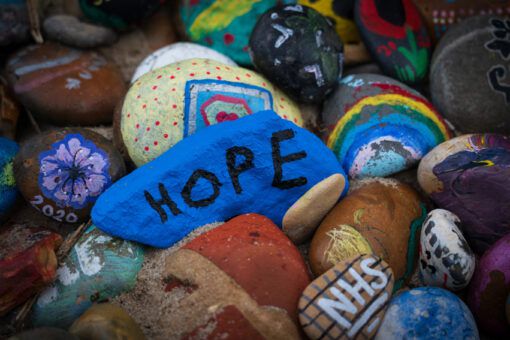 Rather than stepping up and stressing the importance for the UK to meet its net zero commitments, and the policies that will be delivered to achieve this, the debate resorted at times to which candidates would or would not support the government’s legally binding goal of reaching net zero by 2050.

Speaking to the Guardian, Chris Skidmore, who chairs the environment all-party parliamentary group said there were “some very worrying statements from a few candidates that sent shockwaves across the international climate scene – suggesting that the UK should water down our climate commitments or abandon net zero by 2050.”

When the net zero strategy was launched in October 2021, Secretary of State Kwasi Kwarteng hailed it saying, “This strategy demonstrates how the UK is leading by example, with a clear plan for the future.” This apparently wasn’t evident among some of the leadership candidates with one, Tom Tugendhat quoted as saying, “Of course I agree with the target, but nobody has set out a path to achieving it.” He’s not wrong.

Last month, the Climate Change Committee published a damning report saying the government was failing to deliver the policies needed to reach the UK’s net zero targets, warning that the current strategy will not deliver. The report found that while policies had been put in place for most sectors of the economy, there was scant evidence of delivery, and in some sectors policy has not begun to deliver. Two areas highlighted were the shocking gap in policy for better insulates homes, despite soaring energy bills, and the weakest policies of all in agriculture and land use, the government’s food strategy published earlier in June doing little to address this.

The CCC report is consistent with a ruling of the Supreme Court earlier this week in which the Government’s strategy for getting to net zero was found to be inadequate and unlawful. The judgement of the court was that the proposals for achieving net zero were too vague and lacked the specificity necessary to meet the Secretary of State’s duty to inform parliament and the public of his plans.

And on the day in which the UK exceeded 40C for the first time and fire services tackled with wild fires in London, the UK Health Alliance on Climate Change, Lancet Countdown and Royal College of Paediatrics and Child Health warned that without adequate adaptation plans and a rapid transition away from fossil fuels, as many as 7,000 people a year could suffer heat-related deaths by the 2050s. There is little evidence of either of these being delivered across the UK.

The Joint Committee on the National Security Strategy this week, for example, raised concerns of a “major hole at the centre of government” in adapting to climate change following a refusal by Cabinet Office ministers to give evidence to the JCNSS committee. The Chair of the Committee, Margaret Beckett, in a letter to then Cabinet Officer minister Steve Barclay, wrote that the impression of the committee was that “there are no ministers with responsibility for the resilience of critical national infrastructure to the effects of climate change, nor for cross-government climate adaptation efforts.”

And rather than rapidly transitioning away from fossil fuels, chancellor (at the time) and current leadership contender, Rishi Sunak, just last month offered a financial stimulus to encourage more oil and gas exploration in the North Sea where currently, more than £8bn of oilfield projects are awaiting investment decisions. This is despite multiple warnings, reports and calls from experts of an urgent need to end our dependence on expensive fossil fuels.

The scientific evidence to back up the need for urgent action exists. At an emergency briefing to MPs last week, the Government’s Chief Scientific Adviser Sir Patrick Vallance presented evidence of the warming world, increasing levels of CO2 in the atmosphere, and the increasing likelihood of extreme weather events like the one the UK is currently experiencing. He warned the MPs attending, “There is no way we can pretend it isn’t happening.” Unfortunately only about 10% of MPs had joined the emergency briefing, despite a letter signed by 30 health leaders from across the UK delivered to every MP in advance of the briefing urging them to attend.

Health professionals have repeatedly raised concerns about the impacts of climate change on health, and there is a growing feeling that leaders in government are not listening or burying their heads in the sand. Following the UK’s first ever level 4 emergency heat red alert this week, healthcare workers were driven to protest outside JP Morgan investment back in Canary Wharf. Consultant Psychiatrist, Juliette Brown, who took part in the action said, “This week may see the hottest day on record, putting my patients – people with dementia and serious mental illness – at very high risk from heat stress. It’s absolutely my professional duty to sound the alarm.”

Despite the evidence, knowledge and awareness of the risks to health, the fact that climate change has featured so low in the leadership contest is sadly reflected in a recent poll by The Times of Conservative party members who will eventually decide which of the candidates becomes the next Prime Minister. Achieving net zero was the bottom priority for party members – winning a general election was top. This seems at odds with wider population surveys which have reported as many as 75% of UK adults saying they are concerned about climate change and widespread support for net zero policies.

While the two remaining candidates in the leadership contest have committed to the net zero strategy, whoever wins will have a lot of work to do to implement the policies that are needed, and the drive, motivation and will to do so.

This article was published by BMJ Online.